Let Us Get You More Customers With Half the Work

-2.2 Billion monthly active users.
-64% of US residents us FB Daily
- Millennials are 3.6 time more likely to use facebook while researching new products.

We can put your message in front of more targeted prospects with social media for less money than any other medium.

Social media platforms have the most robust targeting options available out of any other medium. Giving marketers the opportunity to get extremely granular with their ads.

The point of marketing is get your results immediately and that’s what we do. By optimizing your ads for same day conversion were able to generate leads quickly.

Marketing with social media allows you to track where every penny goes and then leverage where your getting you best results and constantly refine and improve.

We deliver more than just views. By combining cutting edge persuasion and psychology we will make is easier for people to remember your brand and increase customer satisfaction.

“Initially, we were a little skeptical about using Facebook as a channel to scale revenue along with building brand awareness. However…we were surprised and pleased with the results. Our plan is to continue using Facebook as an integral part of our branding and performance strategy,” said Anshul Sehgal, head of marketing for Simplilearn.

Had Simplilearn not given Facebook advertising the time of day, it likely would not have accrued the loyal customers it now has.

MOS Burger
MOS Burger saw a 1.3X increase in sales after running a campaign on Facebook and Instagram with video ads to entice its younger audience.

SITKA
A hunting gear company experienced a 5X return on ad spend while lowering their CPA by 60%. 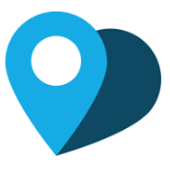 Hub City Ford
Ran dynamic ads for 60 days and generated 154 leads resulting in 34 units sold and a record month during December 2017! For anybody not familiar with the car business scoring a record month in December is feat of it's own.